Learning to ride a bike was a big step in growing my childhood boundaries and adventures. Once I proved myself to be road ready, the doors to freedom opened and I rode. To friends, to the store, to a job, anywhere I wanted to go. From my first wobbly ride down the driveway to my current commute, I enjoy the ride.

I am a reader.

Newspapers, magazines, books, webpages are all consumed. But I have a place in my heart and imagination for travel stories. “Blue Highways,” “A Walk in the Woods,” maps and various travel journals hold their place on my bookshelves.

I am an observer of people, their homes, their businesses and their communities. Where did they come from? What are they doing? How did they end up where they are now?

These things all worked together to put a bike tour on my list of “someday.” A February phone call from my son along the lines of “Is the last week of June good for you to ride across New York?” put things into motion. There is nothing like a deadline to get things done. I pulled out the bike trainer and treadmill and started getting into shape. When the weather cooperated, I was relieved to get back to my morning commute and some longer rides on the occasional open day. My training deficiencies would be revealed later in the trip.

My Fuji Touring bicycle, in addition to being a solid commuter, is designed for the job but after many years needed some upgrades. New tires, brakes and lighting were added and lube and adjustments put it in the ready. We planned a mix of camping and hotels so old gear from my Boy Scout leader days and newer gear filled my panniers.

Planning the route was very simple. New York State has been hard at work developing the Empire State Trail system. This a mix of old towpaths and railways that have been developed and linked to cover 750 miles of bikeable routes. We would be following the Erie Canalway National Heritage Corridor segment from Niagara Falls to Waterford. Planning stops was a mystery because we did not really know how far we could travel in a day.

And then it begins.

We were able to catch a ride to Niagara Falls with family who wanted to see the natural wonder and by noon we were out of the tourist crowds and headed east. A combination of GPS and the guidebook from Parks & Trails New York got us to Lockport and on the trail. The plan was to put on whatever miles we could to take some pressure off the rest of the days. The reality was we rode until evening and started to look for a place to camp. After a series of “nothing heres” we called ahead and were assure that we could camp in Albion … but when we arrived the park was filled with a local crowd having a party and we thought it better to move along. The facilities at Brockport were very highly recommended, so we kept riding. With dusk came clouds of bugs emerging from the canal. They increased in size and number until we had to stop and put on face covers to keep our mouths and noses clear. Our headlights showed the many frogs and other wildlife sharing the trail. At 10:30 p.m., after 73 miles, we arrived and set up a quick camp.

Morning came quickly. The visitor center had showers, water and electric available for free to boaters and bikers. We started the day rested, recharged and refreshed. A lightweight stove boiled water for oatmeal and a cup of very good coffee (home roasted coffee and AeroPress). We had some interesting conversation with a boater heading home to Michigan after several years on the Great Loop and in the Caribbean and then we were on our way.

Our early start bought us just a short period of cool on what was to become another hot, dusty day. I was glad that I had grabbed a third water bottle just before heading out. The importance of staying hydrated cannot be overstressed. Water availability along the trail was good but there were some stretches that reinforced “fill up whenever you can.” The range of towns and their relationship with the canal was interesting. In some places the canal and bike path are a part of the entertainment district with a range of food, craft beverages and ice cream. Others were less inviting, with not even a sign or acknowledgement. When and how were these choices made and at what cost in the past and future? The day’s riding was pleasant with informative historic signs and helpful people to point us in the right direction when the directions were unclear. A detour onto the road gave a relief from the stone dust but my son Christopher picked up a large nail. The tubeless sealer did its job and got us the next 10 miles to the hotel so it could be repaired in the morning. 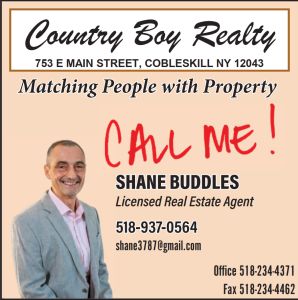